The Veterans Chorus prepares to sing, “The Star Spangled Banner” as the finale at the 2014 Festival show held in Milwaukee, Wis.

“I believe art in any form relieves stress, keeps minds active and has the ability to put a person, who might otherwise be solitary, around people with a common interest.”

Air Force Veteran Jessica Herrera is talking about her love for art and why she participates each year in VA’s Creative Arts Festival.

“I have loved participating so much that I haven’t missed a single show since the first show I attended in 2011.”

This year, it’s taking place Oct. 12-19 in Durham, N.C. and is hosted by the Durham VA Medical Center. The art exhibit and stage show performance will be on Sunday, Oct. 18.

My way of saying “Remember those who served” 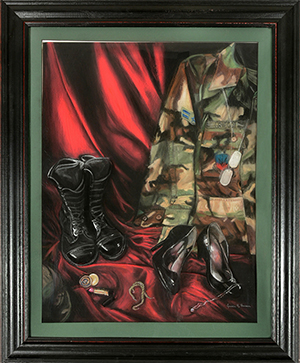 “Trading In My Heels for Combat Boots”
by Jessica Herrera.

Herrera titled her painting “Trading in My Heels for Combat Boots: My Tribute to Women in the Military.” “The forget-me-not necklace was my way of saying ‘Remember those who served’.”

Approximately 120 Veterans will exhibit their artwork or perform musical, dance, dramatic or original writing selections in a gala variety show. A professional orchestra will accompany the performance. 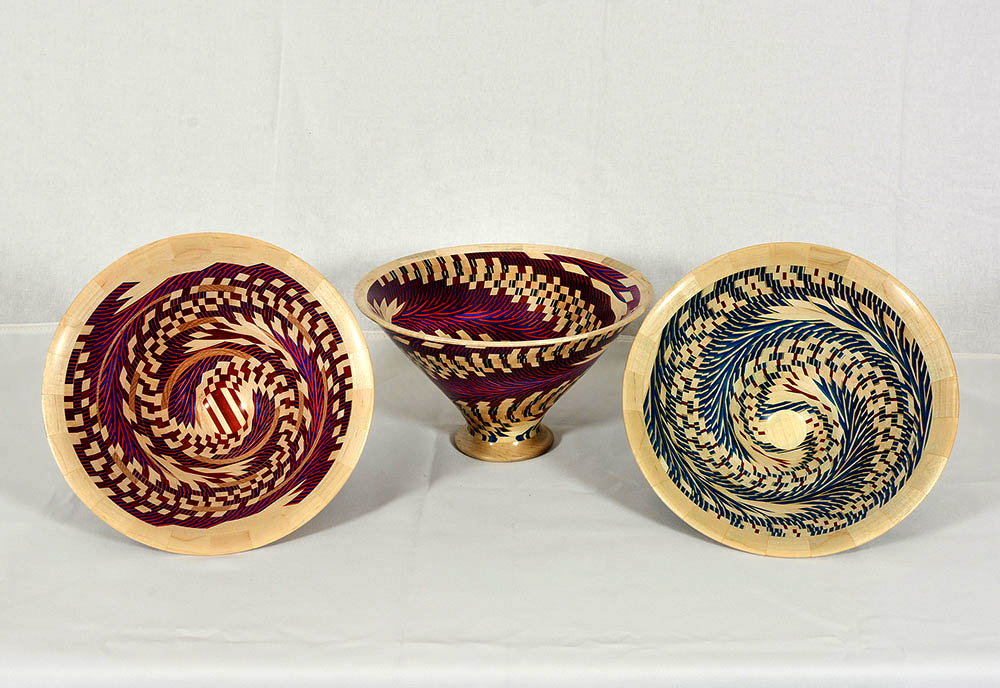 All Veterans invited to participate are selected winners of year-long, national fine arts talent competitions in which thousands of Veterans enter, from VA medical facilities across the nation.

VA medical facilities incorporate creative arts into their recreation therapy programs to aid rehabilitation for both inpatients and outpatients. This annual competition recognizes the progress and recovery made through that therapy and raises the visibility of the creative achievements of our nation’s Veterans after disease, disability or life crisis. Workshops are offered during the festival week for participants and staff, educating them in a variety of artistic areas by utilizing the talents of local community artists. There is no competition at the Festival itself as it is a showcase for previously judged medal winners.

This year, 3,345 Veterans from 130 VA medical facilities entered the art, music, drama, dance and creative writing competitions. Of those, approximately 130 medal-winning Veterans earned an invitation to participate in the 2015 Festival in Durham, N.C.

The festival is presented by the Department of Veterans Affairs and the American Legion Auxiliary.