A man captures a pencil rubbing of a Servicemember’s name engraved on the Vietnam Wall.

It’s time for Americans to show their appreciation to those who served, especially those who continued to sacrifice long after the war ended.

As part of the 50th Commemoration of the Vietnam War, VA and 29 states and territories are marking the anniversary of the final withdrawal of U.S. troops from Vietnam with a day of appreciation celebrated on March 29.

“Our nation’s Vietnam War Commemoration is a long-overdue opportunity for all Americans to recognize, honor, and thank our Vietnam Veterans and their families for their service during one of America’s longest wars.”

Across America today, March 29, Vietnam Veterans Day, VA medical centers and other facilities will be saying “Thank You” to millions of Vietnam Veterans for their sacrifice on behalf of the United States and will thank and honor the families of these Veterans. The VA medical center in Philadelphia is named the Corporal Michael J. Crescenz VA Medical Center. Corporal Crescenz is the only Vietnam-era serviceman from the Philadelphia area to receive the Medal of Honor.

Dr. Himanshu Singh, Acting Director is sending a letter to all Vietnam Veterans enrolled at the Aleda E. Lutz Medical Center in Saginaw, Mich., which says in part, “Many of you never received a thank you when you were discharged from active duty. We want to take this opportunity to thank you for your commitment and sacrifice. Your dedication to serving when your country called on you will never be forgotten.” 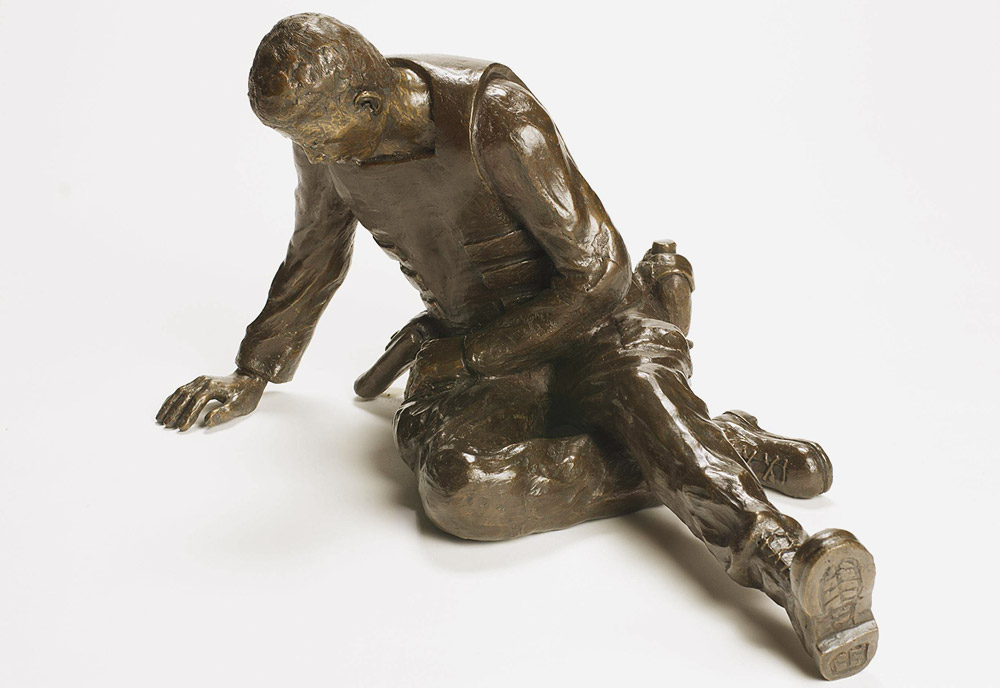 The Ralph H. Johnson VA Medical Center in Charleston, S.C., is named after a Vietnam Veteran who posthumously was awarded the Congressional Medal of Honor. Read his story here. The medical center also honors Pfc. Dennis Lee Lobbezoo, a young Marine who lost his life in 1968 during the Vietnam War, with the statue pictured above. The sculpture was created by Vietnam Veteran Dr. Edward Byrd. 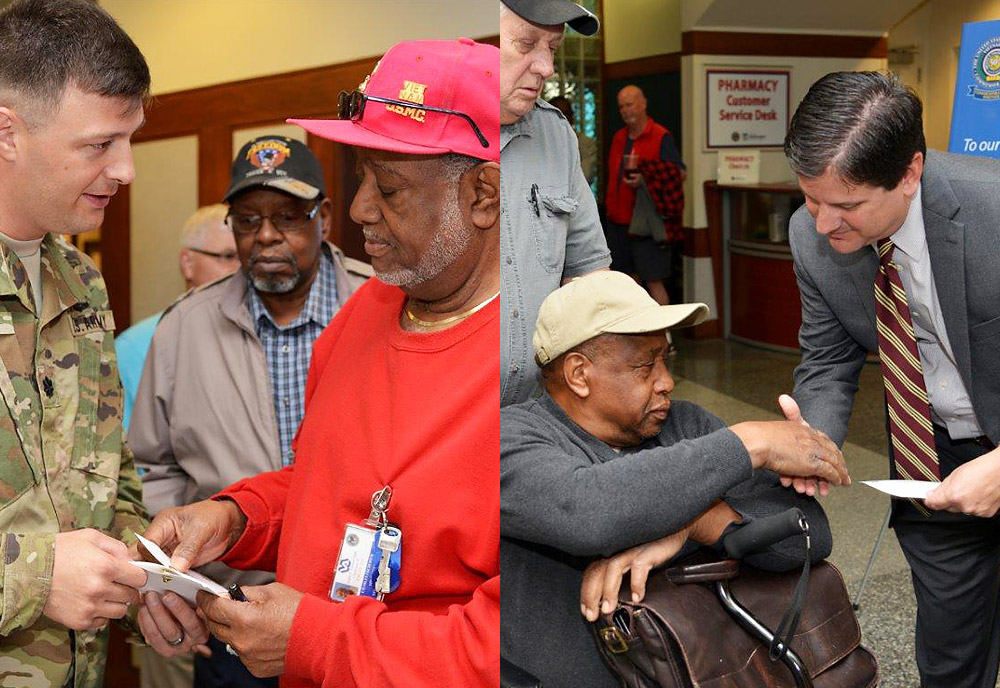 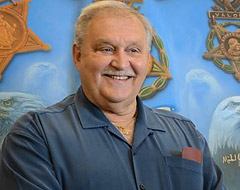 Michael J. Fitzmaurice, retired plumber at the Sioux Falls VA Medical Center, is South Dakota’s only surviving Congressional Medal of Honor recipient. Vietnam Army Veteran Fitzmaurice served other Veterans as a VA plumber from 1987-2011. A humble man, he never mentioned that he earned America’s highest award for valor for his heroic actions at Khe Sanh, Republic of Vietnam in 1971. Read his story here. 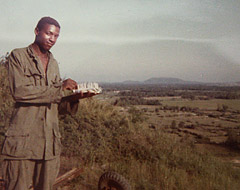 Want to know what it was like to serve in Vietnam? Read a dramatic diary of a Veteran who was there. Take a few minutes and read this extended account by Columbus Tyson, an Environmental Management worker at VA’s Brooklyn Campus. 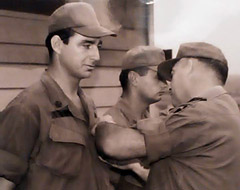 The Martinsburg, W.V., VA Medical Center shared this photo of VA employee Sam Powell receiving an Arcom Medal for finding a well-hidden major VC base camp on aerial photography. They will be displaying more photos of Vietnam Veterans during their welcome home event on March 29. 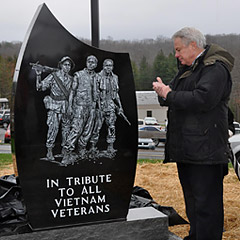 Dr. John David Berryman pauses at the Vietnam Veterans Memorial on the grounds of the Beckley, W.V., VA Medical Center. Berryman, Beckley Chief of Staff, is a Navy Veteran who served as a Surgical Medical Officer in Vietnam for two tours (1965 to 1971).

Check with your local VA facility for events near you.