For the past two summers, Northport VA Medical Center staff has used the serene setting of Indian Lake, nestled in the Adirondack Mountains, to create a healthy and healing atmosphere for women Veterans.

Healing in Nature Retreats—funded entirely through donations—lasted six days and hosted nine women Veterans on this trip. The retreat is designed to promote whole health and wellness by providing a meaningful experience in nature that facilitates exploration of personal wellness goals, aids discovery of individual strengths and resiliency, and empowers women Veterans to make healthy lifestyle changes.

Women traditionally take on the caretaker role, many times putting the needs of others ahead of their own. But during the retreat, the focus is put where it should be—on the women themselves.

At the 2017 retreat, participants ranged in age from 34 to 73. The Veterans dealt with mental health challenges, including PTSD, military sexual trauma, and major depressive disorder. Additionally, each suffered from at least one chronic disease or a chronic pain condition.

“It exceeded my expectations. I re-established the importance of self-care and focusing on my own needs.”

“Part of what makes this special is that the atmosphere is safe and accepting to them,” said Dr. Joanne Taylor, Northport VAMC psychologist. “Women in particular, have a very hard time letting go of the caregiver role. This allowed them to focus on themselves. And for some, it was their first time away from children and family.” 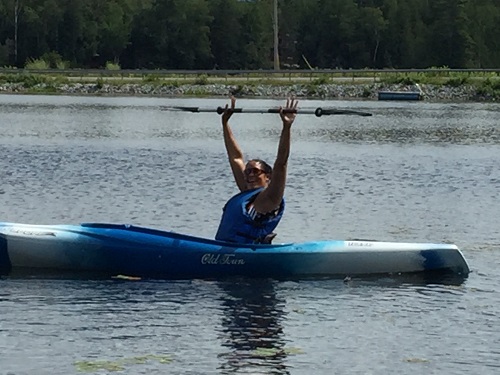 For Stacy, 40, a USMC Veteran, the goal was just being able to relax and find time to focus on herself.

Slowing down doesn’t come naturally for Stacy, but that’s what it took for her to discover what she needed. The whirlwind of activity in her day-to-day schedule prevented her from seeing this, but the retreat gave her a different perspective.

“It exceeded my expectations,” she said. “Not only was I able to slow down, but I also was able to change my thinking so that I could maintain that. I re-established the importance of self-care and focusing on my own needs, and why that is so important.”

Veterans participated in activities during the day—such as whitewater rafting, yoga, archery, creative writing and storytelling—followed by periods of reflection in the evenings to process the day’s events and work toward individual wellness goals. Part of the personal wellness planning was to identify why their health was important to them. 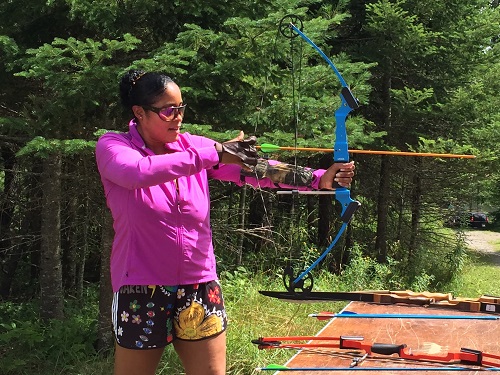 “When they stop to think about why it’s important, it solidifies the movement to a healthy lifestyle,” said Taylor. “They set behavioral goals, which could be weight loss to improve diabetes or increasing social activities to decrease depression and incorporating more psychotherapy. It is about creating an atmosphere of psychological safety and trust to allow the Veterans to work on various issues.”

One way that atmosphere is created is by removing the cooking, cleaning, and normal chores of everyday life.

“It was hard for me not to pick up the dishes,” said Stacy. “Just the thought that they were so well prepared caught me off guard. The feeling of relief I had (at not having to prepare meals/clean up) made me realize how important a feeling like that is. The wheels had stopped turning. This was the most time I’d spent thinking of myself.”

While other Veterans went whitewater rafting, Stacy sat on the sidelines, choosing to remain with support staff and reflect inward.

“It wasn’t like I didn’t want to participate (in rafting),” she said. “It was harder for me to sit out and focus on myself. I’ve never in my life been away by myself, not even for a day. Military, family or work. My focus is 24/7 on others, it’s never me.”

Another Veteran, Jane, hoped to connect with other Veterans who would understand some of the things she experienced during her 29 years in the Army.

“It was probably the best six days that I’ve spent since I came home in 2012,” Jane said. “Just being able to be heard by people who understand was the best part.”

Jane expressed the feeling that it’s still a man’s Army, but women Veterans have different needs that must be addressed. She said this retreat is of paramount importance and hopes that it will be continued for many years to come.

Stacy added, “We have difficulties relating to other women who aren’t Veterans. It’s very easy for women Veterans to become alone and isolate themselves. You lose that bond and become this other class of citizen that winds up being alone.”

Both Stacy and Jane were able to re-establish bonds and form female friendships with the women at the retreat.

“Some were fearful,” said Rose Williamson, Women’s Program manager. “There was a lot of crying, but the group really became as one toward the end of the week, with one purpose and one goal. They formed bonds that will be lifelong. The group last year is so connected with each other and this one will continue that, too.” 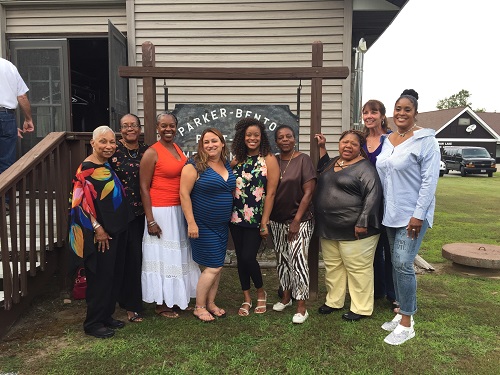 One exercise sure to bring back memories of the retreat and inspire them to further self-improvement is a letter that each Veteran wrote to herself prior to the week’s end.

“We will mail them three months later to give them time to put it everything in place,” said Taylor. “It will be a reminder of what they experienced and what they hoped moving forward.”

Both Stacy and Jane said the staff—Recreation Therapy; Wellness Program; Women’s Health; Psychology; and Chaplain Service — was excellent, going above and beyond to make sure the Veterans felt comfortable and had what they needed.