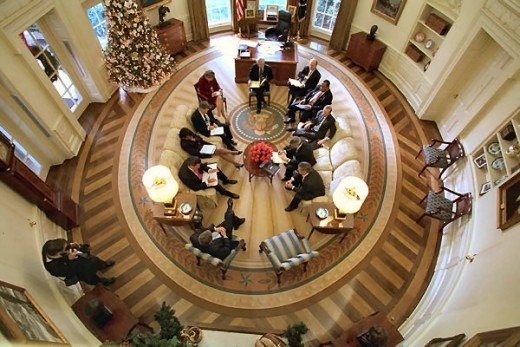 Why is the Oval Office…oval?

The president’s official office, the Oval Office, owes its shape to more than simple architectural taste. Teddy Roosevelt oversaw renovations of the space during his term, and the shape of an already existing “Blue Room” inspired the designs for the new presidential office.

The Blue Room’s ovoid shape was actually chosen to suit a “levee,” a social tradition common in the time of George Washington. During a levee, guests of the president would enter the room, bow to the president, and, after introductions were made, form a circle and await a formal greeting from him. The shape of the Blue Room was meant to accommodate and accentuate the power of the executive during this ritual.

Learn more about the Oval Office from the White House, and download and print your own Oval Office coloring page here. 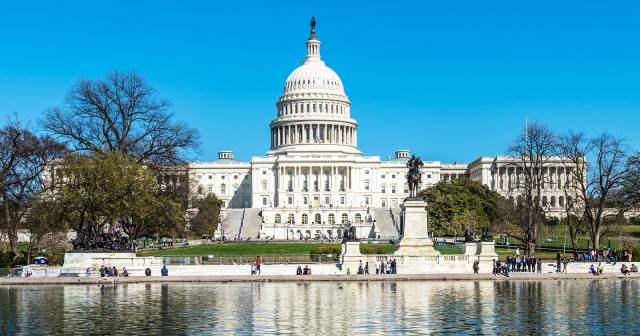 During the annual State of the Union address given by every U.S. President, it may seem as though every member of the government is present.

There is, however, one notable absence—the “designated survivor.”

This somewhat morbid tradition started during the Cold War due to fears of a nuclear attack. It is meant to ensure the succession of power should a catastrophic and deadly event befall the Capitol. Were such an event to occur, the survivor (or, less gloomily, the successor) would become Acting President of the United States under the Presidential Succession Act.

This system is not always clear-cut. For example, although then-Secretary of State Hillary Clinton did not attend the State of the Union in 2010, it was public knowledge she was at a conference in London. This prevented her from serving as the successor, even though she would have become Acting President in the event of a disaster because she was higher in the line of succession than the designated survivor.

The designated survivor during President Donald Trump’s 2018 State of the Union address was Secretary of Agriculture Sonny Perdue.