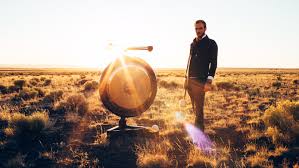 Steve Robertson is the Founder and CEO of ProjectPeaceOnEarth.org (PPoE) and the PeaceSongAwards.org

Robertson has produced three international peace concerts from and for Bethlehem Palestine on Christmas Day and for the Middle East/Global Peace out to some 80 million homes worldwide which featured Grammy-winning musicians, famed celebrities, and thought-leaders.

In 2009, Robertson lead a nationwide bus tour called “Peace Has Begun” that served to frame the word “peace” as a verb for social good and promote the planned annual Project Peace on Earth global musical prayer concerts.  The bus was a traveling media studio that featured two broadcast journalists who interviewed people on their commitment and actions towards inner and outer peace.

In September of 2010, Steve lead a medical mission, with famed eye surgeon Paul Dougherty MD, to Hebron Palestine which resulted in the restoration of eyesight (40 free cataract surgeries) to elderly people.  Michael Garcia, former VP of Development for HBO traveled with the Medical Mission to film a documentary called “Visions of Peace.”

On November 25th, 2011, Robertson, Executive Produced a promotional aerial image, in conjunction with John Quigley (PPOE Advisory Board), additional PPoE Middle East Production team members and a UNRWA team, that consisted of some 1000 Palestinian refugee children forming the Picasso Peace Dove image and spelling out the words “Love All” both in English and Arabic.

On September 26th, 2012 the UN selected the Picasso Peace Dove and Love All still image photo (out of some 800,000 over the course of the UN) as one of the 49 most iconic images ever captured since the organization’s inception.

In 2014 Robertson became an Executive Producer and the Artistic Mentor on the Shanti Samsara Environmental Consciousness benefit album. The album, produced by Ricky Kej, was produced at the request of Prime Minister Modi of India, to honor all forms of life from a Vedic and Buddhist perspective.  Prime Minister Modi presented this album during his November 2014 UN Climate Change Conference Keynote Speech in Paris to every Presidential attendee at the event. The 150-page pictorial coffee table book and 2 CD album set involved over 500 musicians and 40 countries.

In 2017 Steve founded the PeaceSongAwards.org (PSA) worldwide contest which serves as a search for our world’s most enlightened musicians, songs, spoken word poetry and music videos that guide the way to inner peace and outer peace on earth.  PSA Jury Panel Members consist of many world-famed Musicians, Music and TV industry people and Thought-leaders.

Steve’s book is … “A TEXTBOOK for the Soul” – Caroline Myss, PhD (National Best-Selling author of “Anatomy of the Spirit”)

“Robertson is a Living Avatar on whose shining example our future may depend.”– Larry Dossey, MD (National Best Selling Author of “One Mind” and “The Power of Prayer”)

Steve book uses…”beautiful metaphors and analogies that lead in every instance to awareness, self-responsibility, and our Divinity” – Gary Zukav (National Best Selling author of “Seat of the Soul”)

Steve’s book is …”required reading for anyone who has longed to find and fulfill their life purpose.” – Don Miguel Ruiz (National Best selling author of “The Four Agreements”)

Steve’s book…”can empower you and help you bring your gifts to the world.” – Jack Kornfield, PhD (National Best Selling Author of “A Path With Heart”)

Steve’s book offers …”rich and spiritually authentic insights into the meaning of life and how to find and live your life purpose.” – Gerald (Jerry) Jampolsky, M.D. and Diane Cirincione, Ph.D. (National Best Selling Authors, Pioneers in the Human Potential Movement)

Steve’s book…”looks at all of us in the eye and asks us to awaken to our own power and force.” Jack Healey, former Executive Director of Amnesty International. Former Franciscan Monk.

Previous: The US Marine Corps Tests Women For Combat Roles In The Infantry
Next: Antidote for the Cabal’s Coronavirus Psyops, Empowered Inner Peace and Spiritual Survival Kit Resources