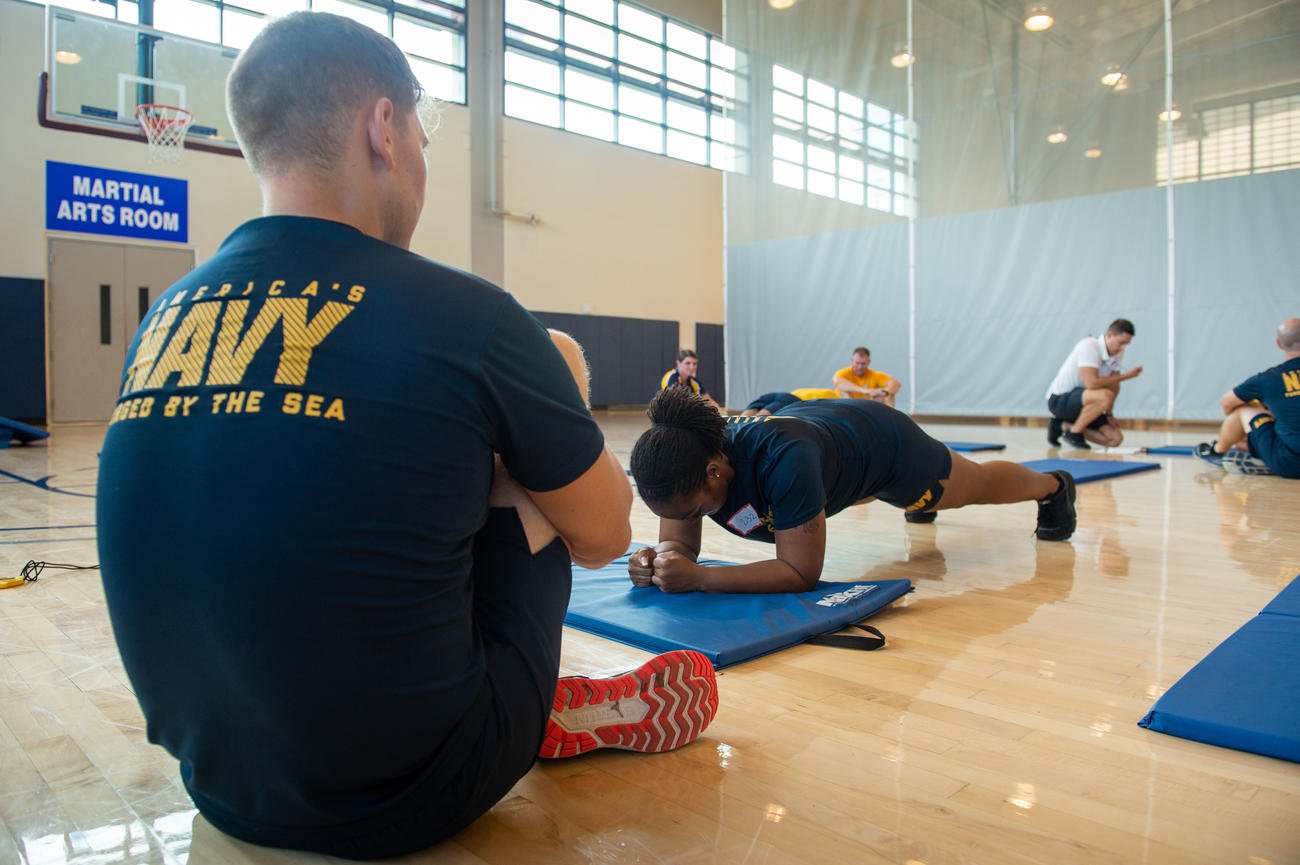 The long-awaited rules for the new plank and rowing events on the Navy‘s fitness test are out, and officials say sailors should be preparing for the biggest changes in years.

Sailors cranking out as many curl-ups as possible in a 2-minute period will be a thing of the past starting in March. Instead, they’ll need to hold a forearm plank for up to 3 minutes, 40 seconds, depending on age, to qualify for full marks on their Physical Readiness Test.

The tests, which were set to resume in January, have been postponed by several months due to the COVID-19 pandemic. The Navy will now hold just one Physical Fitness Assessment cycle in 2021, officials announced this week. It will run from March 15 to Sept. 15.

Scoring for the new plank event, which was announced in a service-wide message issued Wednesday, will be gender-neutral.

Read Next: Navy Will Review its Ban on Beards After Sailor Feedback

“The stabilization of your core when you’re pulling on that line to moor the ship or carrying a box to put it in the storeroom, the stabilization of your core is where you’re developing all that power from,” Anderson told a small group of reporters. “So being able to do that and test that and make sure that our sailors have a strong core is going to help make us more ready and healthier.”

The Navy’s youngest personnel — those between the ages of 17 and 19 — will have the most rigorous plank requirement. They’ll need to hold their bodies in a push-up-like position, with weight resting on their forearms, for 3 minutes, 40 seconds, to earn 100 points on the plank event. The minimum time that same group needs to hit to earn a satisfactory medium score is 90 seconds.

The plank is a safer exercise than curl-ups, Anderson said. Curl-ups, or sit-ups, which have been part of the PRT since the 1980s, can reaggravate lower-back injuries. The plank, he said, helps build muscles to prevent problems.

Also new on the test is an option to swap the 1.5-mile run for a 2-kilometer row using a rowing machine. That event, like the run, is timed, and scoring varies by age and gender.

Anderson said the plank scoring is gender-neutral to match the previous curl-ups requirement, which was the same for both men and women. Scores for the rowing option, like the run, will differ for men and women in every age bracket.

Men ages 20 to 24 at an altitude of less than 5,000 feet, for example, will need to complete the row within 7 minutes and 5 seconds to earn full marks on the event, with a time of 9 minutes and 25 seconds or more landing them in the probationary category. Women in the same age group at the same altitude will have between 8:05 and 10:35 to earn between an outstanding and satisfactory medium score.

Sailors completing the row at altitudes above 5,000 feet will get a bit more time.

Anderson said he’s excited about the changes, particularly the plank, which will be required of everyone, because it’s more relevant to what sailors do every day.

“Our goal with physical readiness is fitter, healthier sailors so we can accomplish the mission easier or be more successful at it,” he said. “… Sailors are excited, and they’re just ready to start.”

Chief of Naval Personnel Vice Adm. John Nowell said both changes fit into the Navy’s emphasis on physical, spiritual and mental well-being. Physical fitness is critical to the service’s ability to meet operational challenges, he added.

“A great example of this are the Bonhomme Richard sailors and their shipmates on the San Diego waterfront who braved extreme heat and dangerous conditions over the course of several days of firefighting to save the ship,” Nowell said, referring to a devastating July 12 fire aboard. “That was only possible by being fit and able to sustain long hours of firefighting.”

What Counts and When

The Navy and other military services made the unprecedented move to waive or postpone several fitness requirements during the coronavirus pandemic. Barring any additional changes, though, the plank requirement and rowing option will go into effect with the 2021 PFA.

Nowell said the plank will be safer than curl-ups during the pandemic, since curl-ups required sailors to be face-to-face as they held down one another’s feet during the event.

When the 2021 PRT resumes, sailors won’t immediately fail if they don’t pass the plank portion of the test.

“Because it’s mandated, they would not be able to fail for the plank itself,” Anderson said. On their next PRT, though, they must be prepared to perform the exercise to pass, he added.

The plank is the only portion of the test that sailors won’t be required to pass in the 2021 PRT cycle. Since the row isn’t mandated, sailors won’t be offered a waiver or re-do if they fail.

Anderson suggests sailors not assume the row will be easier than the run without training for it first, because if they find they can’t finish rowing in the allotted time, it’s going to count against them.

The new PRT sequence will start with push-ups and move into the forearm plank event second, followed by the cardio option. That order, Anderson said, was based on feedback they got from hundreds of sailors in the fleet who tested the new events.

“We took that into account while we were doing the testing so that we could account for that fatigue,” he said. “The plank standard … is reflective of the fact that we know they did push-ups prior to doing the plank.”

Similarly, he said, the scoring criteria for the cardio events consider that sailors just did the two other requirements before moving into the run or rowing portions of the test.

The Navy has released new videos and infographics that show the proper form and techniques for the new events. For the plank, sailors should place their feet no more than hip-width apart, keep their elbows aligned with their shoulders, and maintain their neck in a neutral position.

“It’s actually going to help them keep the plank longer,” Anderson said. “… [When] we’re looking up trying to look at the clock, looking around the room, we’re adding stressors to our upper body and to our back.”

More than 500 sailors in Hawaii, Florida and Virginia helped set the scoring for the new events, Anderson said. The data collected during those studies, in which sailors were observed using rowing machines and doing forearm planks, was used by the Naval Health Research Center in San Diego to set the new scoring requirements.

The Navy will continue assessing data once sailors are performing the new test events, he added, to make sure the scores are reflective of an average person’s performance.

The changes show the Navy listened to sailors’ feedback on what they wanted to see on the PRT, Nowell said.

“I’m excited about this change,” he said, “because the idea started with sailors and, overall, it’s a better way to assess our fitness levels.”

© Copyright 2020 Military.com. All rights reserved. This material may not be published, broadcast, rewritten or redistributed.