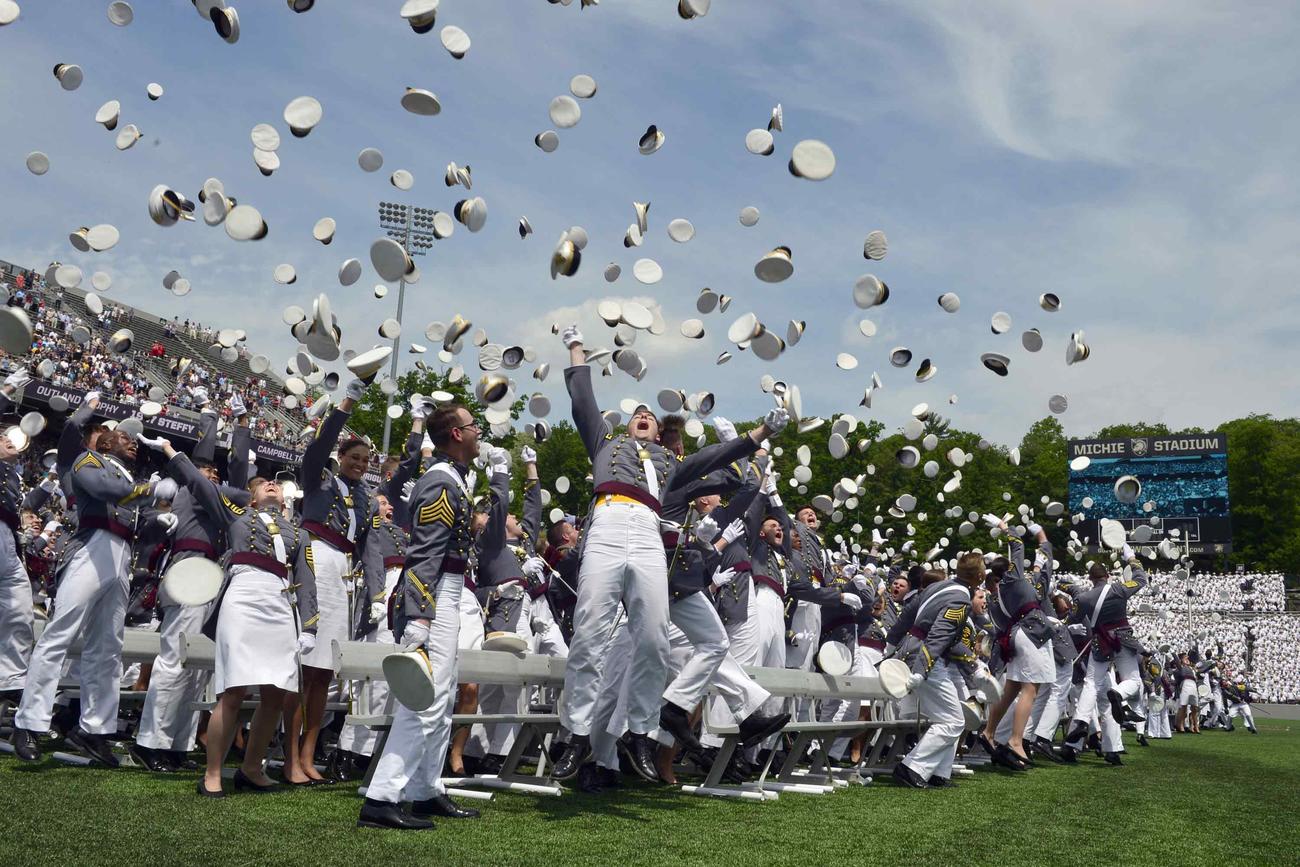 As the U.S. Military Academy at West Point prepares for cadets to graduate amid pandemic conditions this spring, the commencement speaker has been secured: President Donald Trump.

Trump, who has previously delivered graduation addresses at the U.S. Naval Academy, the Air Force Academy and the Coast Guard Academy, will be making his first appearance as commencement speaker at West Point, the historic service academy for the Army. The ceremony is set to take place June 13.

What remains unclear is how many will be able to participate in the ceremony and what precautions will need to be taken to ensure safety amid the continuing novel coronavirus epidemic. When Vice President Mike Pence addressed graduating cadets at the Air Force Academy in Colorado on April 18, the 967 graduates sat eight feet apart and wore face masks at certain points during the ceremony. Family and friends were barred from attending and watched a livestream of the ceremony instead.

That ceremony took place weeks ahead of the initially planned May 28 date in order to minimize risk and get cadets off-campus and to their first duty stations.

The planned June 13 West Point graduation will take place following the outbreak’s projected peak for most of the country and around the time that the Institute for Health Metrics and Evaluation projects that a cautious relaxation of social distancing may be possible.

But the ceremony will require bringing all cadets back to campus; West Point Superintendent Lt. Gen. Darryl Williams ordered the academy to delay the return of some 4,000 cadets from spring break until the end of March, and then later extended the delay indefinitely as the academy turned to remote learning.

“The Class of 2020 will return to campus in time for the June 13 graduation ceremony, which will look different from recent graduation ceremonies due to current force health protection requirements,” West Point states on its website. “The size and scope of the graduation ceremony will be determined by safety considerations for cadets and the entire West Point community, and the academy leadership is conducting a thorough analysis and plan for the safe return of the Corps of Cadets.”

Trump, who has spoken at length about his desire to start reopening the country, discussed his upcoming commencement address during an April 17 news conference at the White House.

I understand they’ll have distancing. They’ll have some big distances,” he said. “So it’ll be very different than it ever looked. Do I like the look? No, I don’t. And eventually, next year they’ll have a commencement which will be like it’s been. … I don’t want people to think that this is going to be like this forever, but for a period of time, we’re going to have to keep it that way.

“That includes baseball games and football games and other things, but eventually as this virus goes away, it’s going to be better and better,” he said.

© Copyright 2020 Military.com. All rights reserved. This material may not be published, broadcast, rewritten or redistributed.

Previous: Heather Frank – One of VA’s Top Nurses
Next: Trump tweets that he’s instructed the Navy to ‘destroy’ any Iranian gunboats that harass US warships